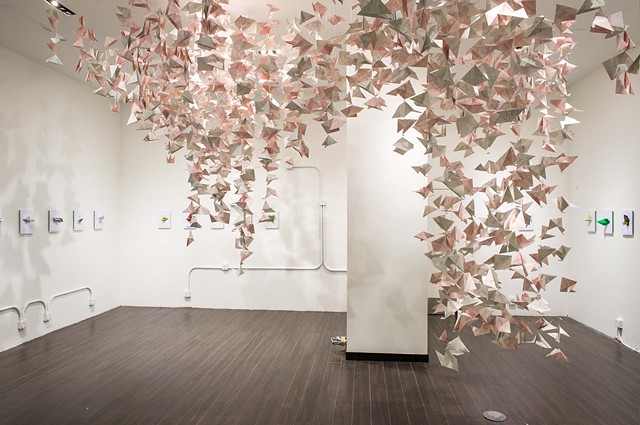 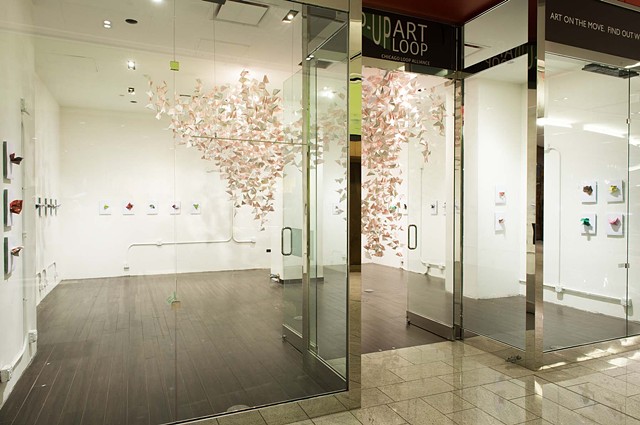 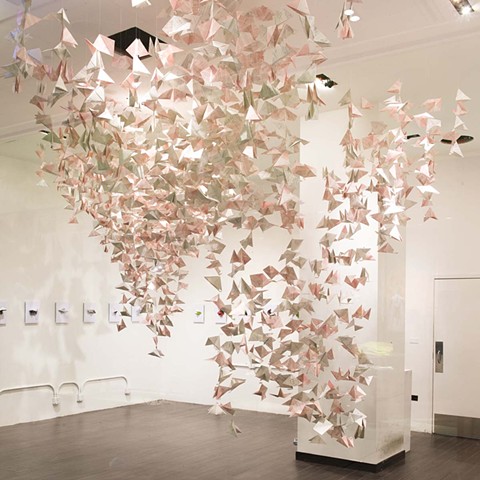 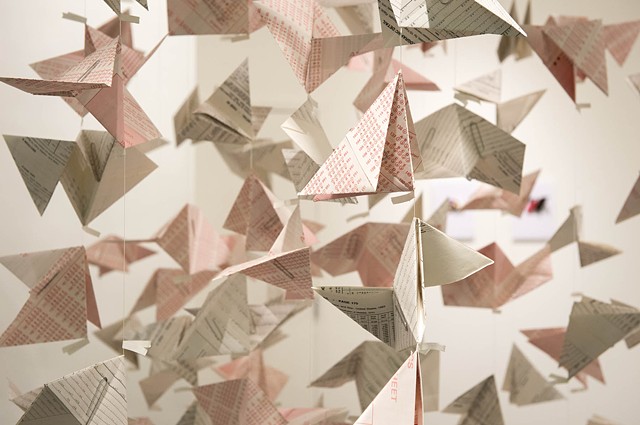 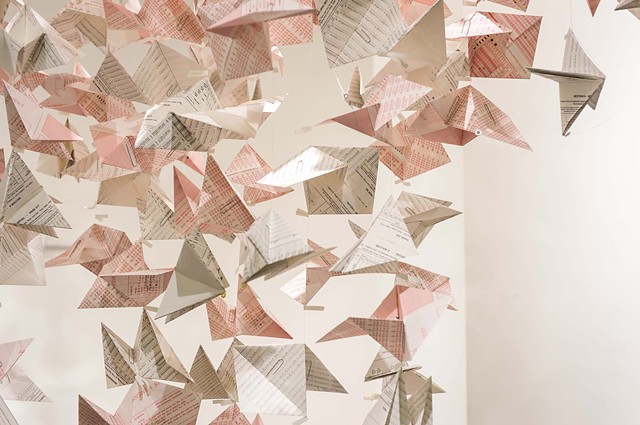 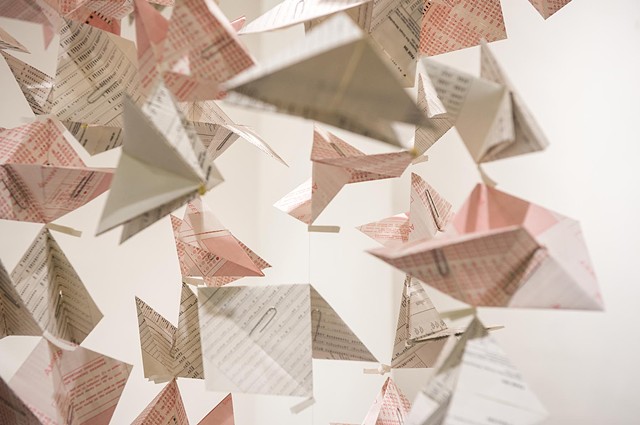 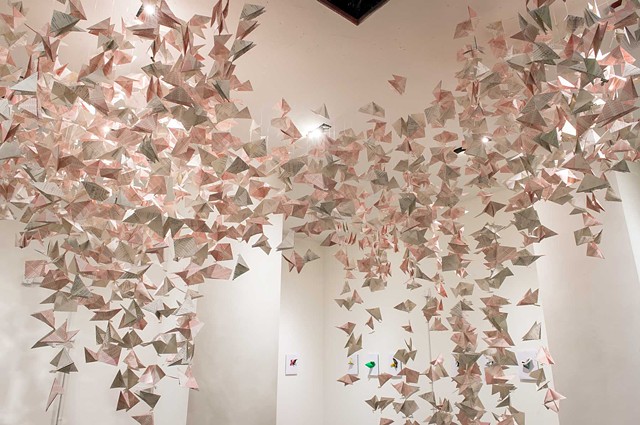 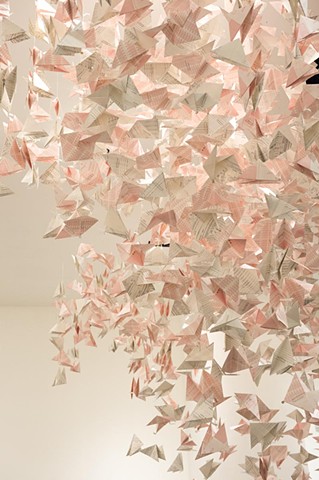 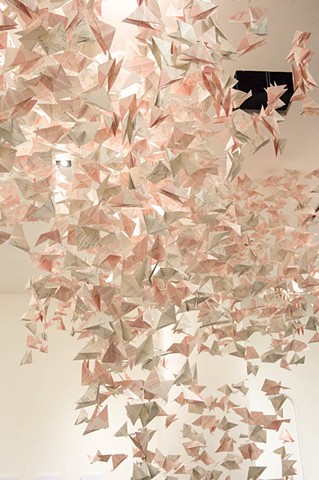 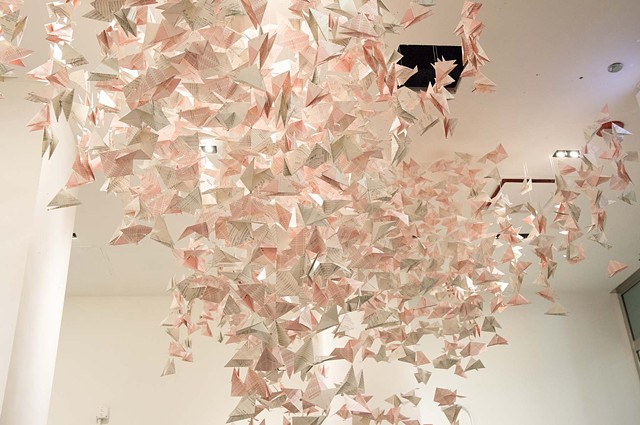 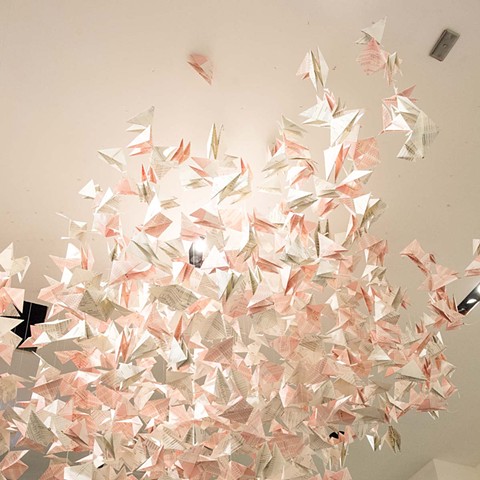 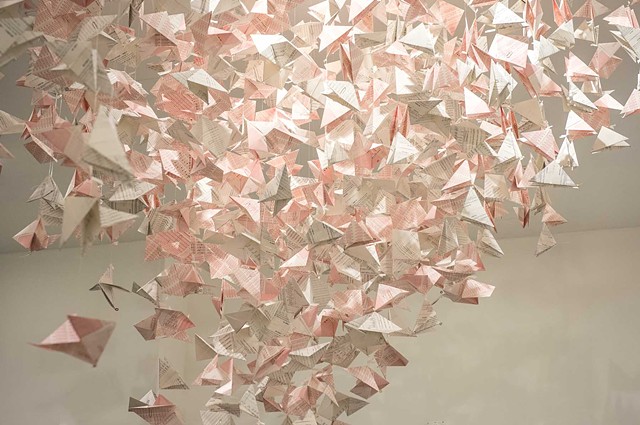 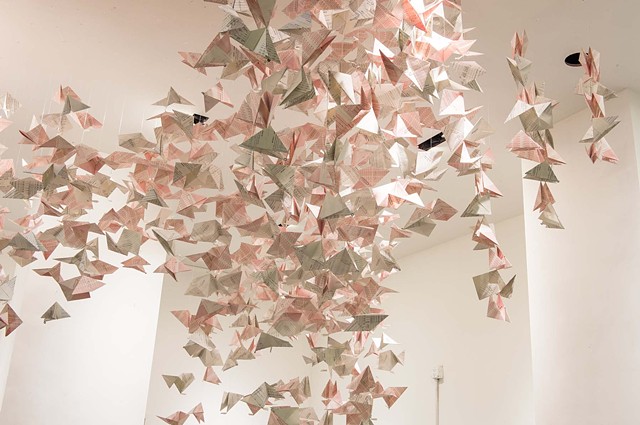 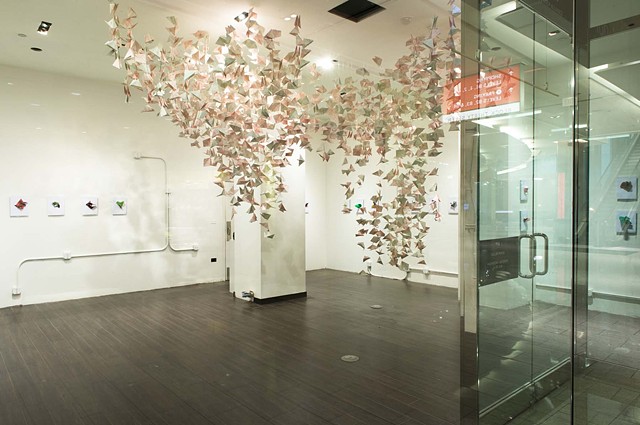 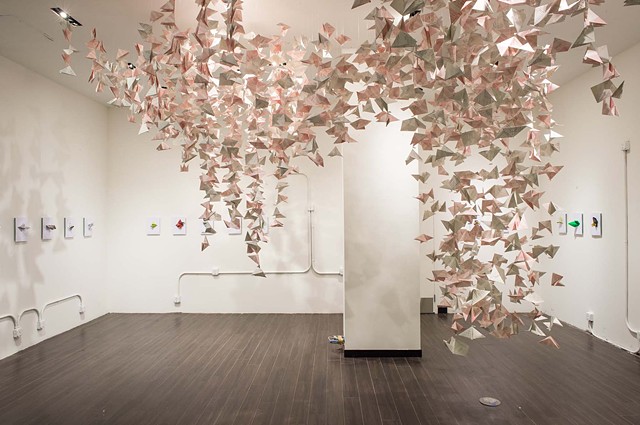 This work is a 3-dimensional extension of 1111 from the previous 2-dimensional format: the original intention of such. I have threaded each individual unitary unit with microfilament and the subsequent vertical columns are regulated abacus style [5 to a line. 10 to a line, 15 to a line] to exercise their fullest potential in the expansion of a three dimensional floating construction. Each line was placed at regular intervals on an asymmetric grid in relation to the exhibition space and in turn the units could be placed at differing vertical distances on account of their fluid movement upon the filament, consequently placed and held by an adhesive tape bow. The paper employed for this deduction are a binary underscore drawn from a US Department of Health and Human Service Statistical Report concerning Mortality and from a comprehensive Educational testing system known as Scantron. [Scantron helps education, commercial, and government organizations worldwide measure and improve effectiveness with assessment and survey solutions.] The work is produced to indicate the potential of a dormant and contained paper resource and obviously suggests the rich potential of such through the manipulation of handcraft to produce multiple forms that reverse the inertia of administrative method to improve effectiveness through its means. It is also my intention to advance from early Modernist introductions such as Piet Mondrian's abstracted tree series of paintings. In these his essentially realist tree goes a progress toward an abstracted binary deduction predicated by a vertical horizontal system to explore direction and depth on a 2-dimensional plane. The juncture of the multilateral planar tectonics of this 3-dimensional construction are intended to create areas of high frequency and thus defies a unitary or fixed viewpoint for aesthetic apprehension although the repetitive structural integrity of its essential unit which forms this mass would appear to dictate such.